There is no telling what Mother Nature has in store for us.  Litters range from 1 to 7 or 8 but,  mom's can have false pregnancies and miscarriages or even destroy entire litters  -   Dates you see above are  Approximate dates only - Babies must be 7 weeks old and weigh between 180 - 200 grams before they leave us. 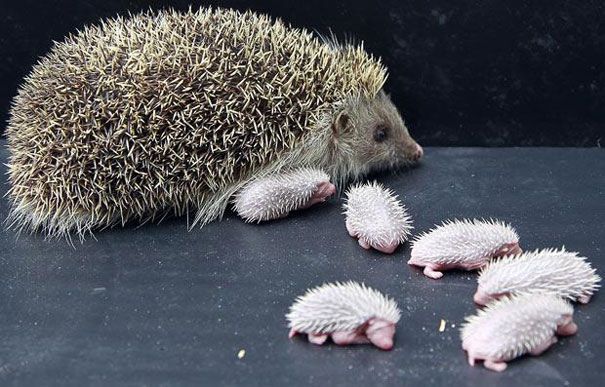 Hedgehogs are often referred to the group of ‘pocket pets’ or small mammals, there is the generically-named African hedgehog, which has become relatively popular for an exotic pet. It is often stated that these prickly insectivores are actually a hybrid species between the four-toed or white-bellied hedgehog (Atelerix albiventris) and the North African or Algerian hedgehog (Atelerix algirus), however this remains just a popular theory. It is much more probable that the so-called African pygmy hedgehog, of which the name was coined by American breeders, is a domesticated white-bellied hedgehog that could possibly be crossed with a subspecies, as true hybrids tend to have reduced fertility.